Last month (September 2018), one of our Trillers returned from his trip to the UK, where he was representing Artoo and India as one of the 20 start-ups chosen from among 135 for the techXchange programme. Recollected here are his thoughts on the experience. 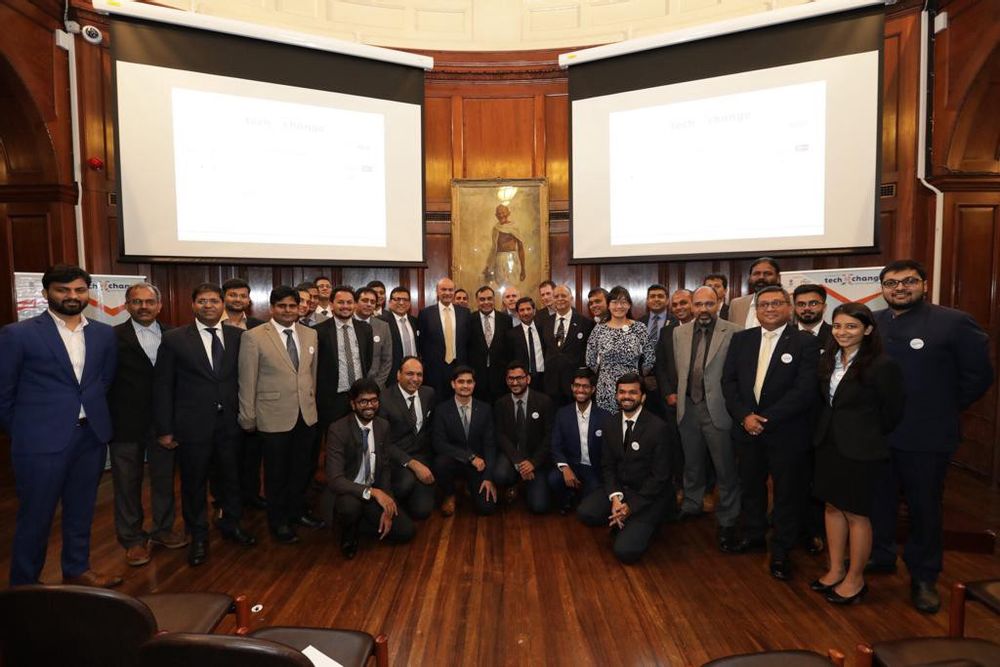 Coming on the heels of the technology exchange programme that had been signed between India and Britain in the presence of Narendra Modi and Theresa May, techXchange is an initiative launched by Federation of Indian Chambers of Commerce and Industry (FICCI) for the very first time this year, aiming to promote trade and investment between both countries, by providing support to their best start-ups. The chosen start-ups — 20, from among all the applicants — needed to be established companies with actual functioning businesses, who have managed to raise seed money, and also have a revenue in place. Artoo received an incredible opportunity, by being one of the chosen start-ups for this programme.

The entire programme lasted 3 days, each day involving different activities — from panel discussions and company pitches, to meeting with tech communities and accelerator companies. The details of the programme itinerary, however, are less important than the realisations that they led to, for me.

On the second day, all 20 companies received an opportunity to pitch our respective company and product to an audience of investors and industry stakeholders. While it was an exhilarating feeling to receive the responses that we did about Artoo — interest in the concept behind our product (using tech to improve access to finance), appreciation for the fact that we were addressing a tough problem (poverty), and admiration for the revenues that we have already been generating — even more inspiring was hearing the other 19 companies make their pitches. 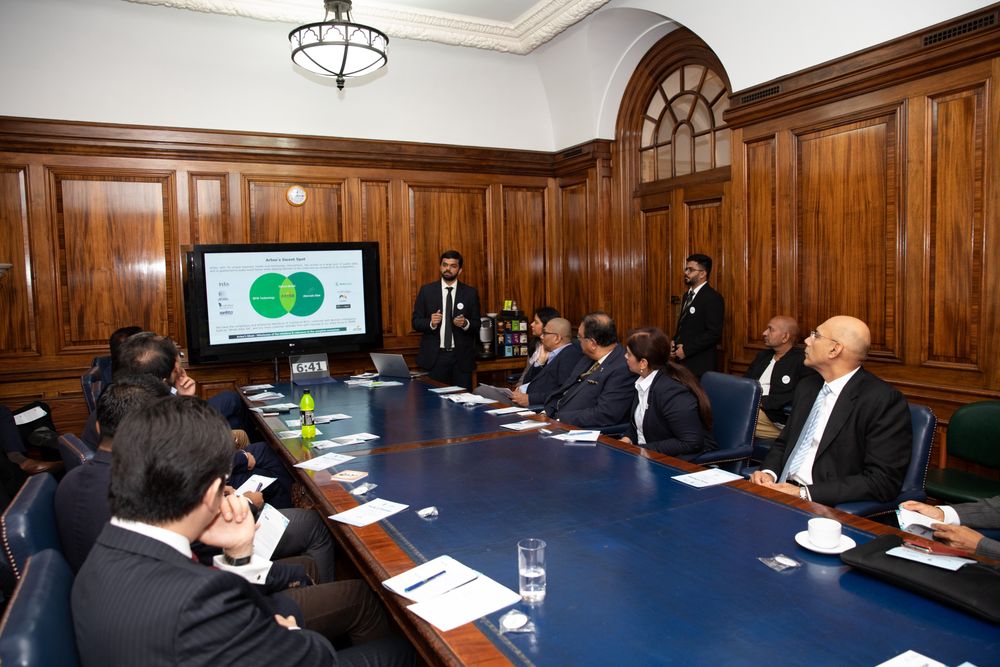 When the start-up culture first exploded on the Indian market, most companies were either copying existing solutions from other, international companies, or looking to solve problems that were purely local. At the techXchange programme, however, one could see the growth and movement that Indian companies have made in the recent years.

Each company that pitched was looking to solve a unique, hard problem, in a manner that could be scaled to serve the rest of the world. Seeing that we do, indeed, have the potential — the best minds working creatively and effectively on the most urgent problems — gives one the belief that the next big companies are truly going to emerge from Indian horizons. On the very first day of the programme, for instance, amongst other things, we attended the inauguration of OYO rooms in London. The very event of an Indian company opening a branch in London — and it being OYO, what with London being a hub for the hospitality sector — was yet another instance that reaffirmed this for me.

The entire experience of traveling overseas representing Artoo and being able to network with a new, international market was, no doubt, a thrilling one. It was an opportunity to learn from various industry experts, as London happens to be the FinTech capital of the world. Ultimately, however, the biggest takeaways for me came from connecting with and learning from the Indian startups that had traveled there with me. Across sectors — whether it be retail, IoT, health, FinTech, environmental, or EdTech — it was heartening to see and hear of similar growth stories, similar problems, and a similar resolve to innovate to solve the hard problems in the best ways that we can. 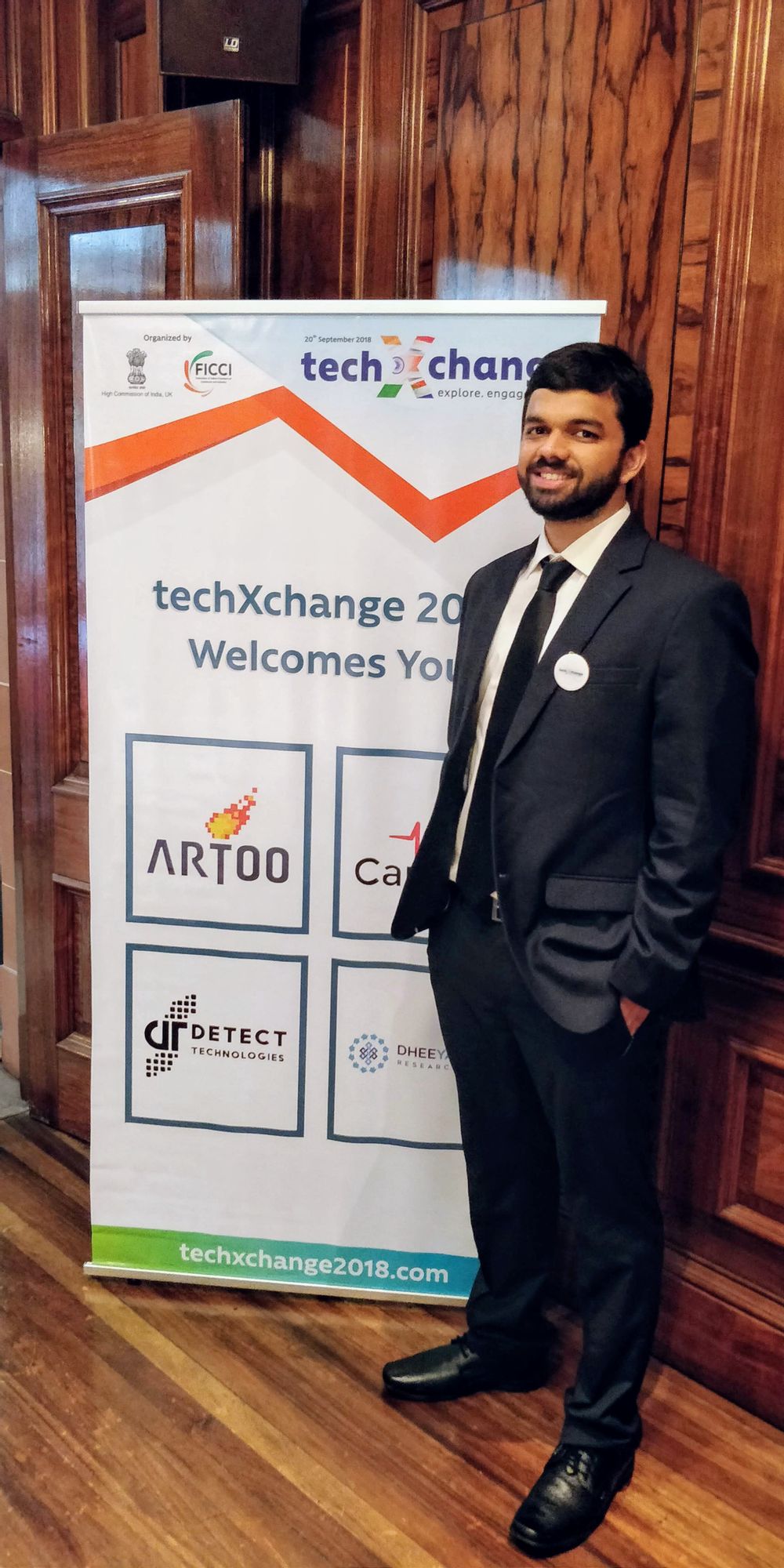