Emberinos meet up at the Treehouse

It all started with this tweet that Tom Dale ( @tomdale) retweeted

So, someone, somewhere in Bangalore was using Ember.js. Yay! We had been to numerous JavaScript meetups and conferences but we hardly met anyone who could actively talk about Ember.js. Some time ago, the to-be organizers of the Ember.js Bangalore meetup group, Sivakumar Kailasam and Sanjay Nambiar had started working on ember, and like us, had realised that the ember community in India was quite sparse.

They started the meetup to fill this void and naturally, we at Artoo were thrilled on hearing the news (Thank you Twitter!). It was a good turnout for the first meetup and we were excited to meet a bunch of smart enthusiastic people. After a few introductory talks, Sameer showcased Artoo’s web app, a huge web application built entirely on Ember. Everyone was excited to see a full blown Ember application running live in production. Buoyed by the response, Artoo decided to host the next meetup at the Artoo Office. 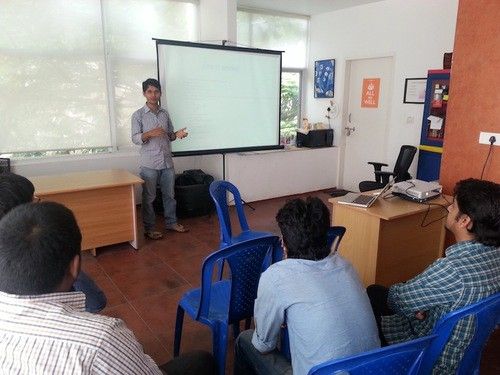 22 November, 2014 — The Artoo Treehouse was a proud sponsor of the 3rd Ember Meetup. We were anticipating about 25 people. 9 people showed up and all of them were using ember heavily in their daily jobs. We had a few talks planned — Siva gave a detailed introduction on the new things that had been rolled out in Ember v1.8. I gave a recap of the Ember.js talk I had presented in JSFoo 2014. But the star of the day was *drumroll please* our very own Dilip Kushwaha ( @kushdilip )!

Dilip gave an advanced talk on the use of Ember Components. He showcased how we use deep nested components in Artoo…. and it blew everyone’s mind! 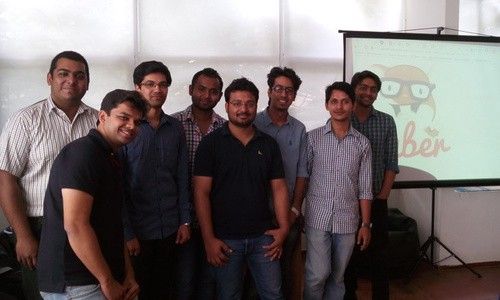 …btw, did we tell you — we met Dilip during the first Ember Meetup?

After this, the rest of the participants showcased their company’s products that were built on Ember. Sameer gave a more sneak peak into the Artoo product and that spurred more intense discussions. We had a great discussion about best practices over tea and promised to return bigger and better for the next Meetup

13 December 2014 — The 4th meetup was a 6 hour long Workshop + Hackathon! This time Artoo was happy to sponsor lunch as well *bigger Yay!* More than 20 people showed up and we were all pumped up. We took some guy called Linus Torvalds’ dialogue — “Talk is Cheap. Show me the Code” too seriously. There was a quick demo on how to build apps on Ember-CLI and soon after lunch we all split into teams of 4 and sat down to build a “ride sharing app”. The rules were clear — Use Ember-CLI only and nothing else. All teams got their creative heads rolling and at the end of 6 hours we all had something cool to show off.

This was an exciting session. There were a lot of first time users. They were paired up with people who have worked on ember before and everyone got to learn and exchange great ideas.

We love Ember and we feel a sense of responsibility towards the community. We really liked the format ‘for hackers by hackers’ and we are eager to host the next meetup very soon. If you want to be a part of it, follow us on Twitter @artootrills and we will keep you updated. Hope to see you next time!!

Kaushik is a Geek at Artoo, working on the web and cloud. Follow him at @ kaushikb9