“Because he’s the hero Gotham deserves, but not the one it needs right now. So we’ll hunt him. Because he can take it. Because he’s not our hero. He’s a silent guardian. A watchful protector. A Dark Knight.” — Lt. James Gordon 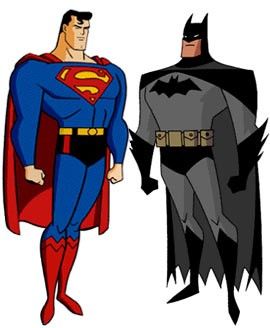 “Superman or Batman?” was the most revealing personality question when we were kids. Superman was born with super powers whereas Batman engineered them. I was a puny kid with glasses and I always picked Batman. The idea of a genius, tragic hero doing good by being a super geek always reassured me somehow. But Batman was always misunderstood by the city of Gotham.

It’s an exciting time to be alive, especially in India. Everything we know is getting disrupted — except, of course, for the higher technical education. 75% of all graduates in India are engineers who, after spending 60+ hours a week for 2 years trying to get into engineering programs, spend 4 years wondering how to get as far as possible away from it. I know this well because this is my story too.

Why? I’m still not completely sure. Is it something to do with how our educational institutions work? Something to do with the fact that learning something by heart doesn’t make you love it? That the only way to think originally is see how the world works and how you can work within it? Perhaps, at the end of the day, we all want to do work that we believe is meaningful.

Whatever it was, after 3 years at one of India’s top engineering colleges, I was ready for something else, anything else. It was the summer of 2008 and microfinance was really hot. I decided to apply to a microfinance institution (MFI) for an internship. I wanted to get away from engineering for the summer but after my first field visit I found myself bursting with questions and ideas.

If the customers were most concerned about how quickly they could get their money, why couldn’t we be faster? Why couldn’t we do this better? Why couldn’t we use more technology? I was already more of an engineer than I realized. My supervisor, a pragmatic young American, tried to bring me up to speed with their challenges: limited operating margins, costs of implementing technology, limited tech savvy and literacy of field agents, and failed technology pilots in the past. But he was still open to exploring options if I could prove that they would work in this environment.

I was inquisitive and naïve and I talked to as many people as possible within the organization. I heard the same thing over and over again: technology doesn’t work at the Base of the Pyramid (BoP). The Business team said that IT couldn’t understand their requirements. IT said Business changed their requirements every 3 months, making it impossible to build technology to meet these ever changing needs. Over the next 5 years, I would realize that this was true of so many social enterprises. Social enterprises are constantly tweaking their processes for particular products, services, and geographies. Or, more simply, they are always experimenting, keeping what works, and reinventing what doesn’t.

Because it’s so hard to find technology that works under these circumstances, social enterprises avoid implementing technology. Often, they wait until an investor pushes them or they reach a breaking point of some sort. And then, due to their limited tech budgets, most tech vendors only provide them with a scaled down version of some existing product that barely seems to work especially with the very little support provided by the vendor.

Given the colossal technology divide in this sector, social enterprises often work with “vanilla” products — products for the largest common denominator. But a core banking system without an accounting module is not missing a single feature. It means the enterprise needs to re-enter data manually in a separate accounting system, which means slower and less accurate financial reporting, which means fewer controls, higher risks, and reduced likelihood of getting money back, which finally means a decreased likelihood of products with variable terms or repayment schedules.

Over time, and rather ingeniously, users begin to improvise and enter data in ways that fool the system into supporting their unique products and services. But, unfortunately, these crafty hacks compound the problem, increasing inefficiencies, and making data and reporting almost unusable. Organizations try to solve the problem by bringing in more people, or increasing the complexity of the processes, instead of considering investing in technology.

But inefficiencies at the BoP, I discovered through focus group interviews with the MFI’s end customers, are often a matter of life or death. Money is an incredibly volatile commodity at the BoP. When someone receives their loan can make a world of a difference to them. Simple timing sometimes determines whether someone will be plunged into or pulled out of poverty.

By the end of my summer internship at the MFI, I had managed to devise simple tech solution making life a tiny bit easier at the BoP. It was a simple software solution for preclosure of loans using SMS technology. Field agents could just send an SMS with a customer ID to query the database and they would receive an instant reply with the exact amount to be paid by the customer to preclose the loan. Something that had taken 15 days could now be done in an instant. I was overwhelmed with how happy this made customers, field agents, and the senior management. The MFI implemented this at scale.

As an intern, I was over the moon because I had built something that actually worked in the field. For the first time, I had created something that felt indisputably meaningful to me. Looking back now, I think I was also glad to have proved that it was not impossible for technology to work at the BoP. I was already more of an engineer than I acknowledged and it was during this summer internship that I discovered my passion for inclusive technology.

Technology can truly be game changing. It can help social enterprises work across larger geographies and provide more innovative products (specifically designed for particular sub-populations) with the very same field forces. Rich demographic data can be collected and then mined for insights while developing new product offerings. Loans can be provided in less than 2 days with more rigorous credit checks than before. Overdue loans can be identified and collected within 24 hours. Field agents can be empowered to explain complex products (like insurance and pension) and topics (like solar energy versus kerosene) with the help of multimedia content. Microfinance could go from being transaction-based to being a kind of private banking for the poor. Technology could help field agents to provide end customers with customized advisory for their individual context to enable them to climb out of poverty.

Our clients were amazed, at first, with the amount of time we spent in the field understanding their work and the lives of their end customers. But we had promised ourselves when we began that we would be true partners to the social enterprises we served. Artoo is to its clients as, in the StarWars universe, R2D2 is to Luke Skywalker; a loyal and resourceful companion for life.

But, our biggest challenge of all (and this is really surprising given that 75% of all graduates in India are engineers!) has been to find people. It has been incredibly hard for us to find engineers who want to code but not work for Google and in the social enterprise sector instead (and this is surprising, too, because growing up in a developing country ourselves, isn’t it only natural for us to care about development?). We are always on the look out for bright young engineers who are passionate about technology and about creating a social impact.

But, truthfully, being a millennial myself, I too grew up hearing things like: “Build something you want, however outrageous, and people will want it.” Reading blogs in Bangalore, I began to believe that, in the Silicon Valley, the sexier the interface, the more outrageous the idea, the better — and everyone would want it. I began to believe that you aren’t doing anything worthwhile unless you’re building a “consumer app” that has at least 1 million users (regardless of how expensive customer acquisition is). In all honesty, I also thought that developing technology for enterprises was for losers. It was boring, slow, and just needed to work. It didn’t have to be the most beautiful. It didn’t have to be the best. Before my summer internship at the MFI, I thought there was a clear hierarchy: consumer apps, enterprise apps, and then technology for social enterprises. Most engineers probably don’t even know the third bucket even exists. At least, I didn’t until my summer internship.

But that summer changed my mind. I wondered why the world’s most intuitive technology wasn’t available to the people who needed it the most. Why weren’t iPhone like interfaces available to first-time technology users? Why wasn’t social enterprise software as slick and easy-to-use as Facebook? And, little by little, the idea of Artoo began to come together in my mind. Imagine how exciting it would be to improve not just user experience but also the quality of life at the BoP.

Sometimes we worry about the fact that investors and network organizations draw an imaginary line between us and our partner enterprise to call us “service providers,” Because, sadly, service providers do not fit anyone’s mandates: their impact is derivative; they are seen as merely optimizing the real organization, and so on. We worry, most of all, because we wonder if this is what makes it so difficult for us recruit the handful of engineers who are motivated by impact, to motivate the majority who know little about this space and for us to raise external capital that will allow us pay market rate salaries to them.

We are so much more than service providers. We see ourselves as real partners to the social enterprises we work with. We truly believe that technology can be the greatest amplifier of social impact. We are hackers for impact! We are the Dark Knights.

A big thank you to Kavita and Indus for their edits and for many conversations to clarify my muddled thoughts.