The Force Is With You 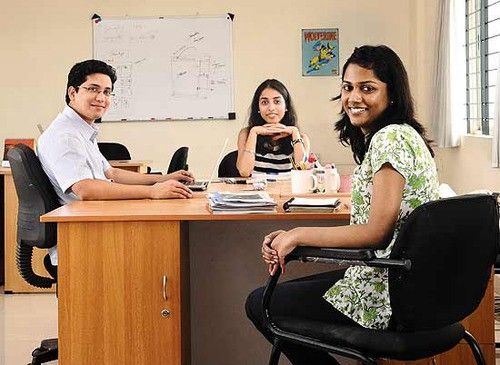 The force has always been with him. When Sameer Segal joined Ujjivan Financial Services as an intern in 2008, the electrical engineering student was given a vast brief: use technology to find ways in which the microfinance firm could improve engagement with borrowers. In his travel to villages in Tamil Nadu’s Hosur district, Segal found that Ujjivan offered closure of an existing loan before taking on a fresh debt, but the pre-closure took up to 15 days, delaying the disbursal of the new loan. That’s because the application was sent to headquarters, which would in due course revert with the pending amount. Segal found a way to shorten this cycle from days (if not weeks) to just a few minutes — he created a software application through which the MFI representative would send the borrower’s details through SMS to Ujjivan’s back office and get the account summary almost instantaneously.

Since the solution was created on Ujjivan’s time, Segal didn’t get any monetary reward for it. But the urge for entrepreneurship it created was bigger than even the Death Star. “When I was interning, I was told technology does not work at the bottom-of-the-pyramid. I was determined to prove that wasn’t true — and I did it,” says 26-year-old Segal. He went back to college and graduated, raring to start something on his own. But conventional wisdom prevailed and Segal joined HSBC as an analyst — for all of nine months. In 2010, the Star Wars fan quit and started Artoo (named after his favourite character in the epic movie series) with friend Indus Chadha, now his wife. The initial investment of Rs 40 lakh came from their parents. The agenda: to continue from where Segal had left off at Ujjivan. “People at the BoP don’t differentiate between MFIs based on interest rates; they want to know how quickly they can get a loan. My start point was the desire to reduce the time taken to process a loan.”

That means reducing the paperwork. Typically, applying for a loan takes 12 to 14 days, during which the application goes to the regional office and then to HQ. Any error in filling the form only delays things further. Artoo’s four-member team came up with a solution: software that can be used on any handheld device, either a tablet or a smartphone. With the Artoo Slate, field officers can fill forms on the spot and the software will reject forms with any errors. With processing time slashed drastically as a result, loan disbursals can also be hastened. 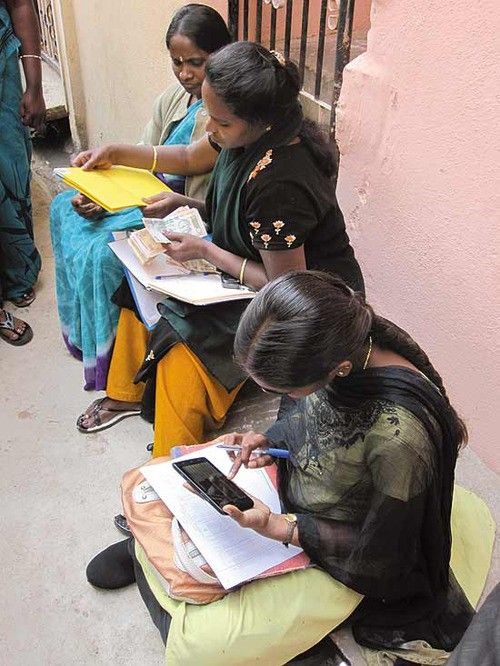 In December 2010, Ujjivan piloted the project, loading Artoo’s software on Dell tablets. The MFI’s HAL branch in Bengaluru was taken online and the pilot covered collections, customer acquisitions and training. The results were impressive. Of the applications received during the pilot, 71% customer profiles were created and approved within two days; the rest took a day longer. “With the traditional approach, it takes 10–12 days to process a loan. Using Artoo software, the turnaround time was reduced to two days,” says Martin Pampilly, head, operations, Ujjivan. At the time, though, the MFI couldn’t implement Artoo’s solution on a large scale, given the high cost of the device — the tablet cost Rs 38,000. Now, with substantially cheaper Android devices in the market, Ujjivan is evaluating the prospects of implementing Artoo software across the board. “It is a complete solution that can be used for loan processing, repayment and even training field staff. Artoo has customised it to the local language for our field staff, most of whom are not very comfortable in English,” Pampilly adds.

Meanwhile, other organisations have already adopted Artoo to help in training of sales and mid-level staff. Grameen Foundation, which works towards improving productivity of MFIs around the world, uses an Android-based application from Artoo in its field operations. The application allows field staff to remain in touch with other participants as well as the programme controller in real time: audio-video training modules are created by Grameen and uploaded on the app, which the staff access on their mobiles. They are also given assignments for various training modules through the app. “Only when one module is finished can the participant go to the next,” says Faisal Wahedi, programme manager at Grameen Foundation India.

Artoo’s solution has also found favour with Brighter India Foundation, an NGO with 11 million members that conducts internal elections across states to identify new leaders. Artoo helps the foundation accept nominations, update member profiles and view results through mobile phones. “Election in one state would take about 16 days. With our solution, the time has reduced to two days,” says Segal. Brighter now plans to scale up implementation over the next year.

Since Artoo started in May 2010, it has earned Rs 23 lakh through its engagement with MFIs and non-profit organisations. “In each of the cases we did paid pilots built on a cost-plus model. The pilots were priced at Rs 1–1.5 lakh a month independent of the scope,” says Segal. Further, Artoo charges a monthly subscription fee per field agent, which can range from Rs 150 to Rs 250. It doesn’t charge for installing the product and is, in fact, planning a do-it-yourself platform where the tech person at the client-end can configure the software to meet the organisation’s requirements. The revenue stream will remain unaffected, since that is based on developing the software and use by field staff.

Meanwhile, the company is expanding its focus to other segments as well. Artoo now plans to work with enterprises in the clean tech space, helping field agents assess the energy needs of the end- customer, collect demographic and income/expense information. If required, it will also help translate this into an application for a loan with a local bank. It is in talks with some companies for these solutions but nothing’s been finalised yet. Besides this, the firm is also focusing on individual and MSME (micro, small and medium enterprises) lending in the financial inclusion sector. “We are hoping to build credibility by deploying two-three clients in each sector before we look to raise our first round of institutional capital in March 2013,” says Segal. As long as he remembers there’s no try, he should get there just fine.