Being a Summer Intern at Artoo

An iPhone, without the signal strength bars. Yes, that’s how empty my summer would have been if I hadn’t been an intern at Artoo. 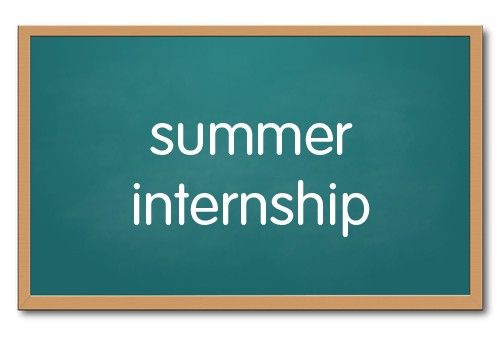 It was a hot summer afternoon at NITK, I was browsing through our college’s CSI Google group when I found an article about a project called MySlate. “MySlate?”, I thought, “wasn’t that the team the recently won the Surathkal Innovation Challenge?”

As I browsed through the details, I found they were working Android powered devices and that really caught my eye. I have always been very interested in mobile development and the slightest hint of it would get me super excited. Without wasting any time, I quickly emailed them. After a few emails were exchanged and a telephonic conversation was conducted, on the 24th of May at 9 a.m. (probably one of the only days when I was on time), I was at Artoo’s (MySlate had begun to call itself Artoo) doorstep. Sameer opened the door and I was quickly introduced to Indus and Karunjay.

After the formalities were over, we started work. Working with them was a really pleasant experience for me. I was amazed at how focused they were, individually and as a team, and by how even the smallest of things that we do could lead to such a large change. Over the next two months, their vast knowledge and experience really rubbed off on me and I really learnt a lot from them.

Apart from the development work at Artoo, a few key things really stood out for me:

The first one was going for “Field Testing.” This phase was where we could actually test our work. And who’d better rate us than the field agents themselves! This really served as a checkpoint on our progress. Two of our favourite field agents were Ms. Geetha and Ms. Kumudha. At this moment I’d like to say that, the way the two of them used the devices, could easily make any ‘techie’ look like a newbie. The ease with which they used our solution to fill out the customer forms was a sight to see. And they didn’t just stop there; they started to explore the device more and more. I vividly remember Ms. Kumudha checking out the File Explorer. She was using the keyboard like she had been using it all her life. She even typed out her name and her husband’s name before we could actually film her! (We had to film it all over again, asking her to be a little slow!). At the same time they provided us valuable inputs on what they’d like to see more on our solution. It made me really happy to see how our work directly affected people and made their jobs so much easier. The glow on their faces when they worked on the devices motivated us to work even more.

The second was the Kaun Banega Entrepreneur finale at IIM-B which was conducted by The IndUS Entrepreneurs (TiE). It was really a privilege to be one of the top 5 teams to be selected from throughout the country and, when we were announced the winners, a feeling of pride and excitement gripped all of us and that made it all the more special. Our presentation was by far the best, amongst the finalists and it was great to see how the judges and the audience really liked the idea. The audience voted us the winner in the Voting Round as well. To share the same stage with an elite panel of judges like Subrato Bagchi, Vinita Bali, Sudhir Sethi and Bipin Chandran was an amazing experience for me. The next day, we were in the newspapers and all over the Internet. This led to my parents going a little easy on me, as they had opposed me to do this internship in the first place! At the end of the event, I got an opportunity to interact with a lot of people and got to understand their ideas and what they had in mind.

This summer was by far the most enthralling one I have ever had. The jokes we shared and the work we did is something that I’ll cherish forever. To be a part of such a unique start-up is something that I think people can only dream of. So, for all of you who really want to work at a place where you can work, learn, and have fun: Artoo is the place to be (Why go anywhere else?)!

Arunesh is a recent graduate from the National Institute of Technology Karnataka, Surathkal, who holds the title of being Artoo’s first intern. He has a keen interest in building tools and aids that increase programmer productivity and is an open source and functional programming enthusiast. During his spell at Artoo, he worked on the Android application responsible for collecting field data.