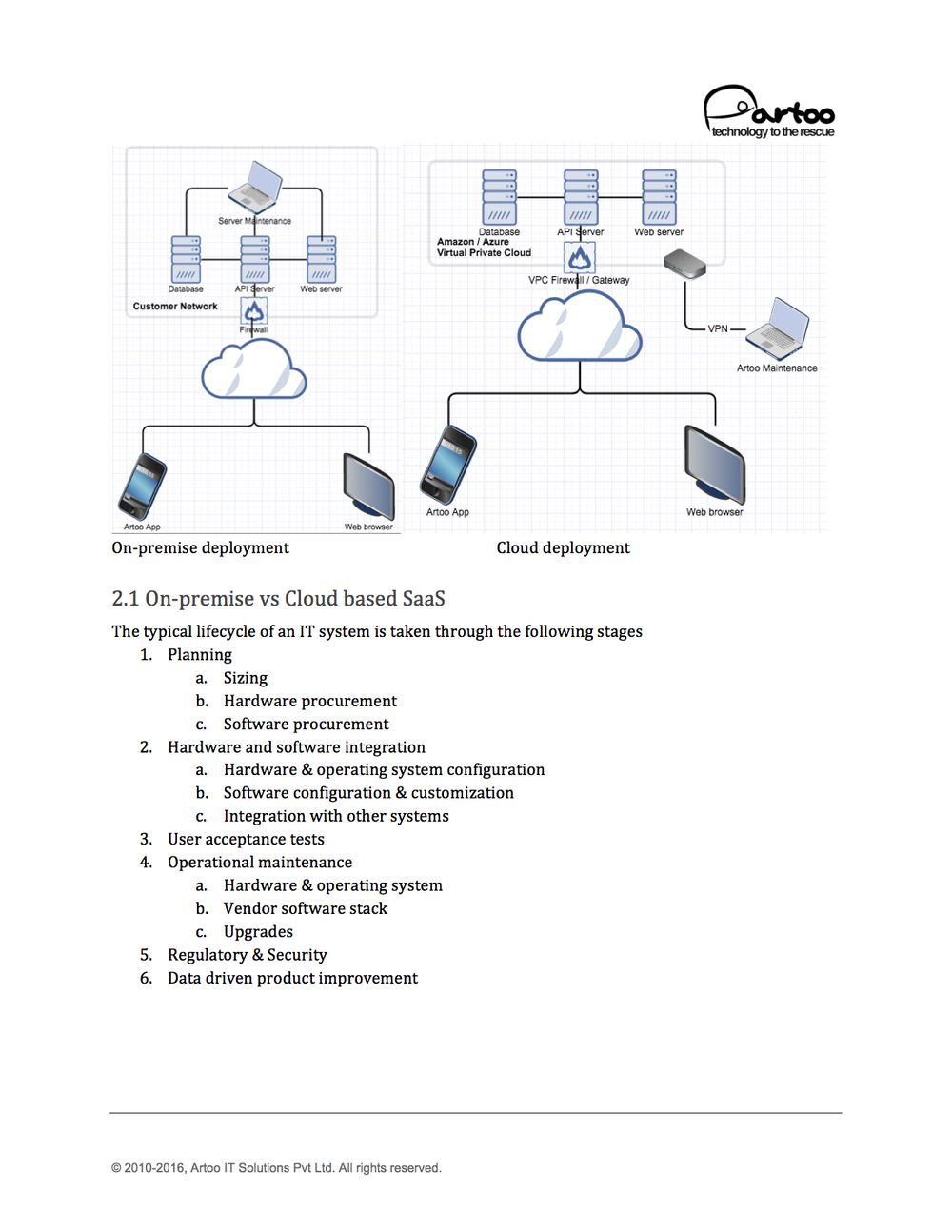 Traditional banking and software for financial systems which are critical to business have been hosted within the premises controlled by the financial institutions. Cloud based systems are now ubiquitous and the banking industry is keen on moving forward.

Artoo’s LOS platform is built to be cloud and mobile first, but can also be deployed in an on-premise model. In keeping with industry best practices for cloud based systems it is possible to achieve the best of both worlds in terms of regulatory compliance, data security on one side and a flexible, scalable platform on the other. Total cost of ownership (TCO) is another key area of concern for the industry and a cloud based delivery model ensures that costs get distributed between customers proportionally.

This document aims to address the various factors to be considered while choosing between an on-premise model and a SaaS based delivery model.

In summary, a cloud based delivery model for an LOS is more suitable for a fast growing modern enterprise because of its low TCO, scalability and multi-device support than a traditional on-premise setup.

Pradyumna graduated with an engineering degree from BMS College of Engineering. He has worked as a technical manager at ABB Corporate Research and as an R&D manager at Hitachi India R&D before joining Artoo. During his stint at ABB, he was instrumental in helping ABB use Linux to run an Industrial Robot. He has been a speaker at conferences about open source software and using linux for mission critical systems. At Hitachi, he managed a mid-sized R&D team that worked in the areas of Software engineering, cloud systems, and embedded software. He was also responsible for university collaborations for these domains. He has traveled widely across continents in more than 20 countries and lived & worked in India and Sweden. He is deeply passionate about using technology to reach out to those that need it the most, which is the reason he landed in Artoo.