While we were on holiday in Italy and Spain last week, I rediscovered Leonardo da Vinci, an old hero of mine, delved deeper into Pablo Picasso, and discovered Antoni Gaudi. As we walked through museums and cities, admiring their art, their contributions, and, most importantly, their ideology, I was moved and hugely inspired. I tried to draw parallels between their lives and mine / Artoo.

Gaudi and Picasso are Modernistas. Modernisme, the Catalan offshoot of the Europe-wide phenomenon of art nouveau, was a movement in the late 1800s and early 1900s where artists — inspired by the past, and in particular the Renaissance period — completely reimagined design. 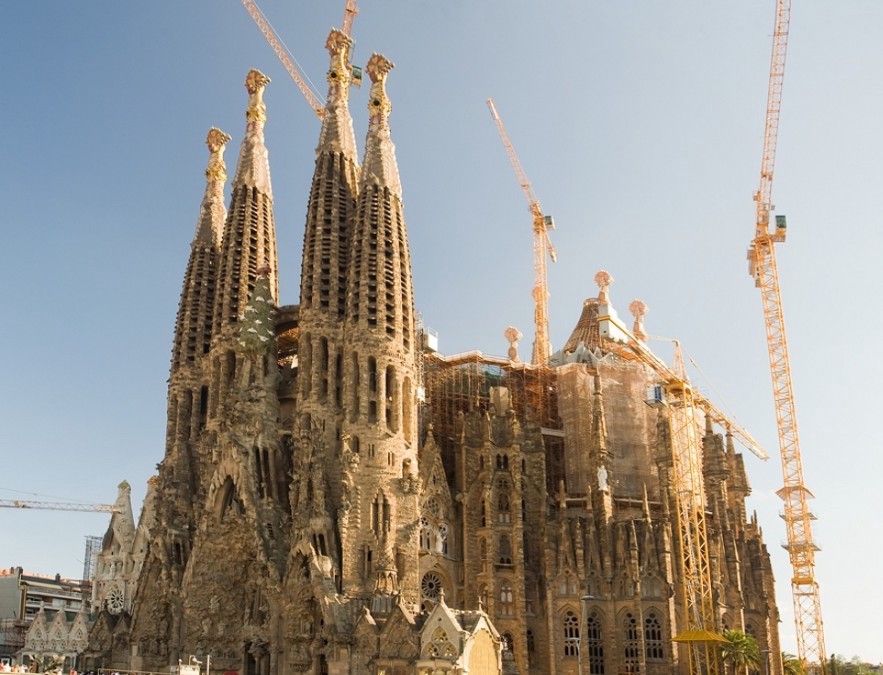 La Sagrada Familia . The last and greatest creation by Gaudi.

The Modernistas built buildings, painted paintings, and sculpted sculptures that I can only describe as outrageous. The creativity, the imagination, the sheer size, and level of detail in their works was completely outrageous. They were outrageous. And by that definition, da Vinci, a leading Renaissance man, fits right in with them as well.

Looking at their work, I kept thinking of Apple, Steve Jobs and Johnny Ive, and all the other companies and execs whose products I admire. I have always seen these execs as the modern day artists who are changing our world. Are they the Modernistas of our generation? I found myself wondering if there was a link there. 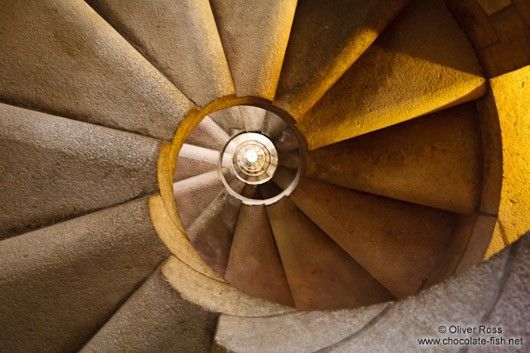 Guadi’s architecture was deeply inspired by nature. He incorporated hexagons from bees’ honeycomb structures, spirals from snails’ shells, wavy roofs from leaves, bud-shaped towers from local vegetation, the holy cross from the seed of the tree of life. He would study nature and place huge models in his office to inspire him while he worked. His buildings are as much about negative space as they are about positive space — he uses light and stained glass to amplify his designs. In Barcelona, we saw his earliest buildings and his last and most ambitious project, La Sagrada Familia. We could see how his craft evolved, how he came into his own, and how outrageous he became over time. 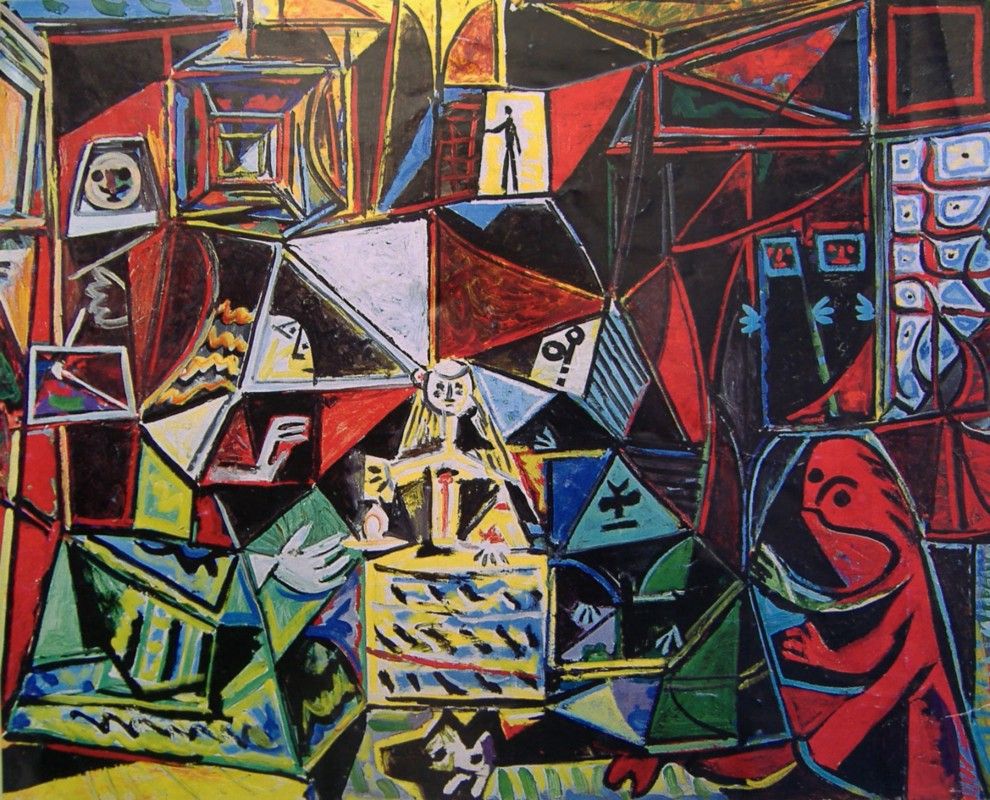 At the Museu Picasso, we learned that Picasso went through formal training at art school and then painted people and landscapes in different styles over his lifetime. He went through a Blue period where he only used the colour blue to paint — he was able to achieve so many different shades of blue that it almost feels as if he used a filter in Photoshop. While he developed a few new styles, he was sometimes inspired by other artists as well. He would collaborate with his contemporaries or even reflect on the pieces of others, like Rembrandt’s Las Meninas. He made multiple drafts for his final paintings that ranged from doodles to near perfect sketches. There were some really funny works involving portraits of his friend and secretary with pin-up girls. It seemed like he was constantly experimenting, improving his craft, and sometimes fooling around too — things you would not typically associate with a great artist like Picasso.

Da Vinci, too, was outrageous — he was an artist, a painter, a sculptor, an architect, an engineer, an inventor, and a military strategist, among other things. He studied gears and made many inventions and discoveries that make automation and machines possible today. He used jets of water to discover the effect of air on projectiles to build better cannons and study flight. He is the true archetype for Iron Man— billionaire, genius (not sure about playboy!). Walking through an exhibit of da Vinci’s models, it seemed absolutely logical: each invention and discovery building on top of the previous one. It seemed like his curiosity got the better of him and he incidentally made discoveries and inventions. Good thing that patents didn’t exist at that time. 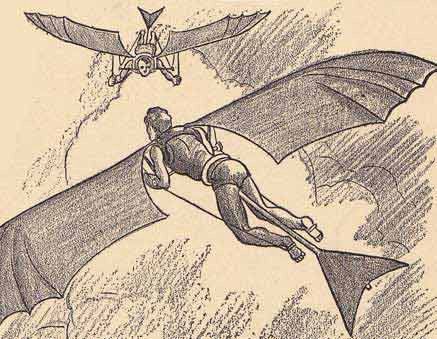 Da Vinci was intrigued with the idea of flight.

Slowly the parallels started to dawn on me:

1) Inspiration from nature. Gaudi used design patterns inspired by nature. When you break up his design into elements, it feels natural, intuitive and almost logical. This is what we, too, try to achieve in technology. We try to use the user’s behaviour in simple items or tasks and layer them together to achieve a complex and magical result. Think about how successful the Heat Map showing the relative distribution of work by Loan Officers was, how successful the Program Managers’s digest showing top performing branches was. They all built on simple intuitive principles.

2) Experimenting with materials. In every Apple Keynote video, I look forward to the mention of materials — sapphire glass, gold-based alloy. I look forward to Johnny Ive’s description that uses words like strength, character, and integrity to describe the surface of the device. I now understand how integral this is to the product. Materials are not just limited to hardware or physical surfaces. Think colours, opacity, and depth, think sound, think vibration, when it comes to apps on mobile and web.

3) Living with the idea. Both Picasso and Gaudi clearly lived with their ideas for a long time before they created their masterpiece. You can see through Picasso’s sketches — doodles to near perfect compositions — how he toyed with the idea, pulling it in different dimensions before finally deciding how to proceed. While we think of product iterations and sprints in software development, we are missing the deeper concept of iteration at the concept stage. We need to constantly look for dimensions to extend the design, to play with trade-offs between these dimensions. There exists a more elegant solution with the perfect positive and negative spaces.

We are still living with a few assumptions that we made 2–4 years ago and they permeate into new modules. We need to pull our designs (product, pricing, delivery, support) in different dimensions and see what should be the 2015 Artoo approach.

4) Inspiration. We often describe companies as this is an “ Uber for…” or this is a “SaaS play, where Amazon meets…” and belittle them somehow. We rarely, grudgingly admit that we have been inspired (copying is too harsh a word) by another idea. Picasso created 30+ iterations of Rembrandt’s Las Meninas. He would often collaborate with other artists and their styles would blend and he would create a new range of art. We should be proud of our inspirations and give them due credit, while always developing our distinctly own spins on them.

Inspired by consultants like McKinsey and IDEO, we have come up with our own process for gathering requirements and then implementing recommendations across business, process and technology (customized Artoo).

5) Evolution. They were geniuses that took some time to be recognized. But they were pure. They constantly pushed the envelope and the world, after much criticism, finally accepted them, wholeheartedly. We need to remain focused and have the patience and confidence to be misunderstood for a long time because, at the end of the tunnel, we would have completely changed the playing field. This is how we will sidestep the incumbents and change the world.

This new year, be a Modernista. Be outrageous.